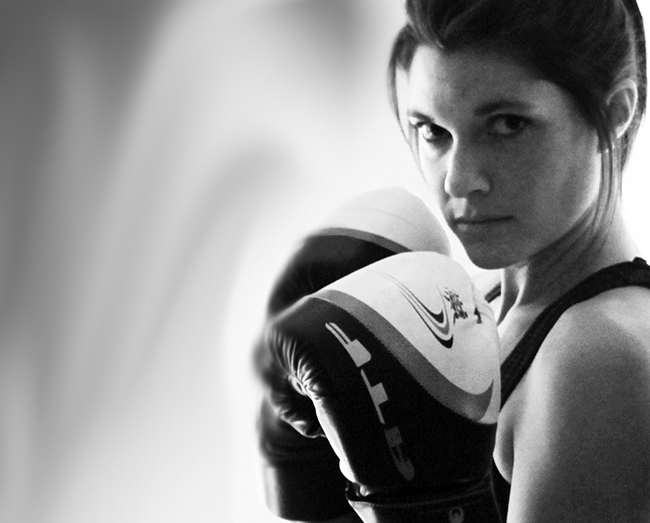 So What Now? Life After Trump

“So what now?” Butch asked Marcelus Wallace in one of my favorite movies (Pulp Fiction), right after he skilfully used a sword to kill the pervert watching how Zed, the white perv-cop, was raping Marcelus. Marcelus then proceeds to double-barrel-blow Zed’s raping-genitals. Yes, this is a very crude opening for an article, any article, but in these pussy-grabbing times, when we get an openly crude and unapologetic president-elect of America empowering millions of people to be openly aggressive, hateful and misogynist, I decided to go with the times.

Almost a month ago, I was watching the election results coming in with a friend.  We were laughing and having a good time and thinking “Americans would never”, but numbers looked somber. Then I went home, CNN predicted the worst, I turned the TV off as I just couldn’t anymore. I went to bed. Finally the worst happened. I woke up the next day and as soon as I gained consciousness I was inundated by the void felt after a big breakup combined with that of the death of a close family member combined with what I felt the morning after 9-11. Pure, complete, utmost disgust, sadness and despair. Right after, I asked myself “So, what now?”.

For the next few days the entire team of Fitinyourdress.com was in complete shock. We had long conversations, spent hours on texts, messages, calls and in person trying to understand what had happened.  How come people rejected decorum, respect for women, inclusion, education, knowledge, respect for minorities, respect of freedom of religion, even freedom of expression: the very principles which made America the beacon of progress, freedom and inspiration for the rest of the world.

Tons of statistics and analysis have been published by now and we do understand what happened a little better: 1) Voter-suppression laws worked and prevented tons of people in key disputed districts from voting; 2) White men and women voted in droves in key areas as well for the orange glow of the most ignorant candidate in US history, driven by many factors, mostly by fear of multiculturalism as well as racism and bigotry; 3) Misinformation (fake news) repeated over and over again made people believe their candidate was the answer to their lack of ability to adapt, as if a middle-aged, hairy-chest, fake-gold-necklace, open-shirt, ring-wearing, tooth-pick-in-mouth uncle who never accomplished anything in life came home for dinner and is telling the teenager at the table that he doesn’t have to grow up, that it’s ok to be rude and crude and loud, just look at him, how well he has done in life; the teenager of course is looking for any reinforcement to validate his lack of desire to grow, and here we are ; 4) The majority of Americans worried about the economy in fact didn’t vote for billionaire Trump.  On this point, such an irony that Ms. Clinton, the candidate who came from a poor family and built her career from nothing but discipline and hard work, who got all the way up to the highest levels of government, breaking many glass ceilings in the process, was vilified and portrayed as the candidate of the establishment and the rich; while the not-self-made billionaire, who was born in riches and inherited 400 million dollars and business contacts and influence, was the candidate of the “working class”.  Instead of recognizing her achievements, she was criticized for wanting it too much, for working too hard, for being too educated and disciplined, for not being “loose” enough, even for simply being a woman. And Trump, the candidate with a behaviour and loud mouth which wouldn’t allow a regular person to even be hired as a washroom cleaner, got elected (my apologies to washroom cleaners for comparing you to that). These times are upside down

In the end though, the majority of Americans (more than 2.5 million as of the time of this article) voted for Hillary. President-Elect Trump is building a cabinet filled with people who do not care for the worries of those who voted for him. He has already backtracked in many of his promises and nobody really knows what he will do, except change his opinions every minute after he talks to this or that person. Since he has no understanding of any facts and it’s clear he has read no books in his life (even if he said “I read books, many books, the best books”, that doesn’t make you a literate informed person) and continuously follows conspiracy theories, it’s clear his principles are, well, not clear. Who knows what he stands for.

What is clear though is that his main interest is his business. He brings his adult children with him to meet with dignitaries and started using their newfound political clout as a means to get construction and business licenses they had problems getting before. Besides those being tremendous impeachable offences, which many analysts on the left and right are using to indicate he won’t be in power for long, what is most worrisome is the team he has around him:  Extremists who have spent their adult professional lives fighting against basic human rights, equality, civil and women’s rights.  So even if Trump is out of office for corruption and nepotism in a couple of years, his vice president-elect Mike Pence might be even more dangerous. This is an educated guy, he has read books and is indeed informed, and with all that information he spent his years as governor of Indiana fighting anything that meant “equality”.  With a republican controlled congress and senate, and with a right-leaning Supreme Court judge to be surely appointed in the first few months of the new administration, this screams trouble for abortion, women’s and civil rights. Equality and progress are on the line.

So What Now? With so much at stake, for the first few weeks after the election I was paralyzed as well as many in our team.  We had several articles and content lined up and we ended up cancelling or changing content.  Fiona told me “we cannot publish this anymore, it sounds so petty in comparison to what’s at stake”.  We skipped a week and instead she wrote a very powerful piece where she takes a profound and moving snapshot of New York City right after the election.  Somber times. Delphine said “how can people be so sexist and misogynist, is this what we have ahead of us?”. Cheryl looked at me and expressed more disbelief with her blue eyes than her polite and measured words allowed.

So What Now? How do I explain this to my daughter. Just last week we were watching Star Wars: The Force Awakens where the lead hero is a woman fighting every day to have something to eat. A woman who has to bring twice the scraps of equipment others bring to get paid the same food portions.  A woman with a technical understanding of the inner engineering works of the Millennium Falcon that even Han Solo didn’t understand himself.   A woman who ends up joining the rebellion to fight against a spoiled and rich-brat who kills his dad for whatever adolescent pain he couldn’t outgrow by the time he became an adult. The movie came out before the election, but it seemed to be a prediction of something.

She ends up saving the day, without the macho gloating of an intergalactic cowboy. Then we have Bo and Finn, who many on the interwebs spent months portraying as the first gay-couple-to-be in the saga. Both of whom fight hard to save the galaxy.

When I first watched the movie with my daughter in the theater, we came out happy and excited, the world was changing, the world was moving forward, the future seemed open and full of growing opportunities for women: even movies were portraying women in more empowered ways other than the typical “sit pretty”, “be quiet”, “don’t be too smart” or “be a bitch”, “be emotional” roles. (Our new contributor, New York City-based Actor and Scriptwriter Shannon will be talking about this in her upcoming article)

As we watched the movie on Netflix, all the feelings we had then came back and clashed with the new set of unknowns brought by the dreadful outlook of what’s to come. Feels like we’re going back to the fifties.  My daughter hates that I love the series “Mad Men”. Maybe she’s on point: maybe that’s what will be coming back? NO. You can bet your intergalactic panties: We won’t let that happen.

So What Now?  This is what’s happening now. We continue, we push ahead, we are a company geared towards the empowerment of women in business, work and fitness. Now more than ever we will continue to push for our mission and we will continue to work to expand our reach.

One of the most interesting statistics on the election is that the majority of people who voted for Trump are not in good physical condition, most are overweight and with many health issues. Ironic also as they would benefit from a universal healthcare system like the one we have in Canada (which we love by the way), yet they’re convinced by misinformation and constant loud oversimplification that it’s not good for them.  One more reason for us to push on nutrition and fitness education and programs. Our new team member Claudine, an entrepreneur, TV host and certified dietician, will help us with more health oriented content.

Also we are changing our nutrition and fitness programs pricing and now we will make it more affordable to become a member of Fitinyourdress.com . We’ve receive hundreds of emails, most after the election, where most of you ask us: How do I become part of the Fitinyourdress.com movement? Reading this over and over has made us proud and reinvigorated us to continue pushing. Memberships and new pricing will be available online next week.

So What Now? We continue building our scholarships program to help girls in North America go to university.

So What Now? We continue to LISTEN. We’re open to suggestions from YOU as to how to empower women, how to educate, promote health and fitness. Continue to send us your emails, notes, calls. We welcome them.

So What Now? This is what’s happening now, we keep on working, we keep on raising our voices and we keep our eyes on our goals. Because We. Are. Not. Stopping. Until we achieve our goal: More Possibilities.