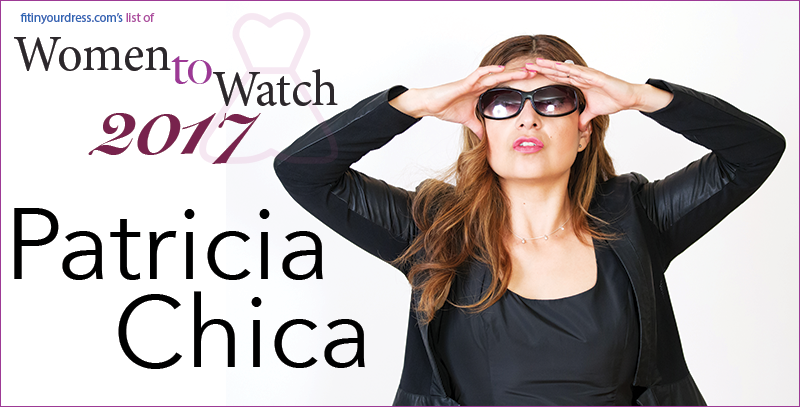 Patricia Chica: From War To Film – Women To Watch 2017

Watching TV and movies we usually think of the American dream as the process of going through what seems to be a linear series of obstacles to finally land the job and live the life of material and financial stability, which usually nobody leaves to pursue some non-materialistic path.

Ok, take two of an attempt to explain the American dream, the one of an immigrant escaping war with her parents looking to give her child a life where she can go to school in peace, play in the streets with friends, and go through the linear series of non-life-threatening obstacles to finally land THE job and live the life of material and financial stability, which usually nobody leaves to pursue some non-materialistic path. 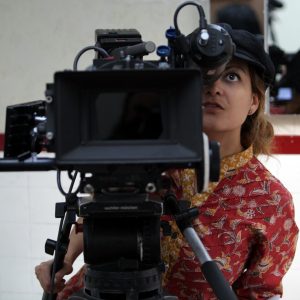 Patricia was born in El Salvador and her family escaped war in the 1980s, to resettle in Montréal, Canada.  She grew up in the French-dominated landscape of Québec culture only to realize early in her life that her purpose involved telling stories that mattered.

This is where Patricia took her own spin of the American, er, Canadian dream and made it her own, taking no prisoners.  In absorbing the clash of cultures, she pivoted into film by making her own first documentary in High School, then studying film in university for five years. Her talent and hard work coalesced into a particular and inspiring style which she has been developing for more than twenty years. After pursuing intense film training in Paris, France, then back in Canada, she built a very fruitful and profitable career in Television, directing and producing music videos, shows and documentaries for big networks like MTV, Showcase, Animal Planet, National Geographic, to name a few. 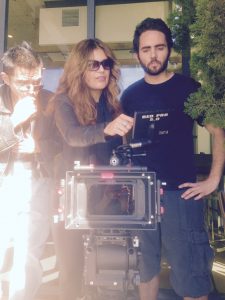 She made money, tons of it, and created what Richard Branson defines as the key of any successful person’s career foundation: a unique reputation, in this case that of a hard worker and very creative talented artist.

While the experience was great, that love affair was not to last, as it didn’t come from the heart.  During the world economic crisis of the 2000s, she used the opportunity to readjust her path and pursue working on her craft, this time in the non-glamourous world of independent cinema.

She splits her time between Montréal and Hollywood, where she works with the best in the industry on her films, having presented them in major festivals like Cannes, TIFF and Sundance, winning accolades and growing recognition.  Having had the opportunity to get the coveted American greencard, she opted for remaining solely Canadian, as a sign of respect to her adopted country which allowed her to pursue her dreams.

Film has allowed her to channel what her peers describe as a:

“Boundless artistic energy” which “radiates from her award-winning films that blur the boundaries between dreams and reality. Galvanized by socially conscious narratives married with the surrealism of genre traditions, her work has garnered numerous international accolades as well as a strong and active social media following.

With relentless determination, Chica continues to push boundaries in her original vision of edgy, provocative, filmmaking with a purpose. A strong conviction powers her exploration into the modern political, sexual, and psychological landscapes offering a voice to the voiceless, bringing to the fore narratives not traditionally represented in movies.

Her latest film, Morning After, which chronicles a young man’s evolution in the age of sexual fluidity, defies labels. The same could be said of Chica. Fostering a process where ideas are born from the limitless possibilities of meditation, her mantra is, <<Your films are a reflection of your subconscious mind.>>   “ 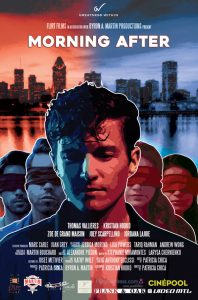 The honesty in Patricia’s work and clear determination to tell the stories which need to be told, are a reminder of the resilience we need to continue to pursue, in bad times and good: We’re inspired by her, her work and her journey. In her own words, we’re reminded of a simple yet powerful mantra: don’t make too many promises, but be sure to keep them.