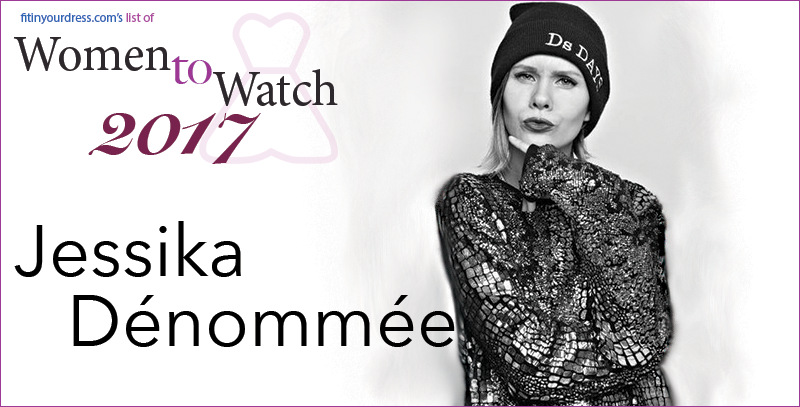 Jessika Dénommée: Singing, Marketing And The Business of Dating – Women To Watch 2017

Dating nowadays seems to involve an exercise of understanding apps and lots and lots of swiping and thumb-typing. It seems as if the art of conversation is lost and the human touch has been replaced by a properly timed emoji. Personality and charm have been exchanged by a well crafted online profile: the better the marketing abilities, the better the chances to find someone we will like. But for someone like Jessika Dénommée who doesn’t wear (nor encourages wearing) make up in her daily life, it might seem contradictory to be the VP of Marketing for a company dedicated to do just that: online matching.

Jessika is from Montréal, Canada, and at 24, she’s now taking the reigns of BeMyGuest.com, a dating app and online service which provides more than just online matching based on physical appearance, but also matching based on interests and preferences (like: who’s going to pay for dinner?).  Currently only available in Montréal, the service reached 20,000 members within only a few weeks of launching, due mainly to the marketing strategies implemented by her.

Having some kind of formal education in marketing would help, but for someone as driven and determined as Jessika is, a reality-tested career has provided the skills necessary for success.

Jessika is also known as the singer and performer Sika. Starting to sing at an early age and training with the vocal coach for Céline Dion, she won her first voice competition at age 10 against other participants up to 25 years of age.  She continued her training and in her teens spent months in Nashville building her chops. She was still in her teens when she was signed under Universal, at the same time that she pursued a dancing career, touring Canada with a company she co-founded with which performed in more than one hundred shows. Being in the music business taught her the ins and outs of building a following: marketing training on steroids.

Her Instagram profile has thousands of followers and this platform alone has opened many doors for her, getting sponsorships, making contacts and constantly getting her new business. Her videos now have hundreds of thousands of views.

Not satisfied with being a singer, performer, dancer and songwriter, Jessika also manages a team of two hundred people in a separate marketing company where she manages campaigns for big names like Molson and many more. It is this well-rounded experience along with a warm and charming personality which have opened the doors for her to become the lead marketing strategist for BeMyGuest, a service which ironically, she wouldn’t use herself.

Jessika says her main goals  for the next ten years include working and growing personally as much as possible, in music as well as marketing, and to fully dedicate herself to making sure everybody around her succeeds.

She’s driven, she’s fierce on and off the stage, and she’s an example to follow. What would she tell her 10-year old version of herself? “Dream big and don’t give up on your dreams”. We will follow her example.