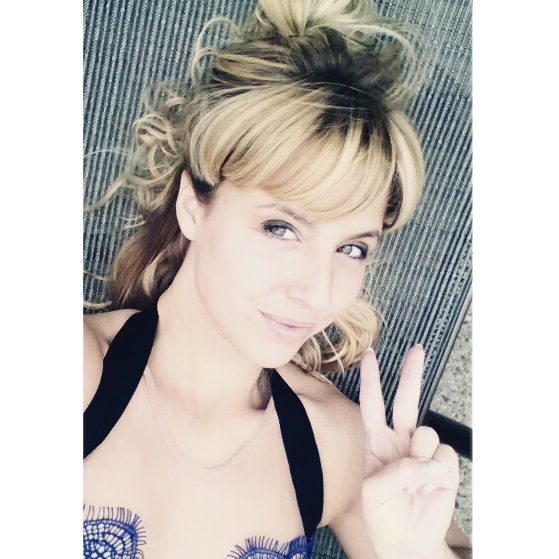 Here at Fitinyourdress.com and its parent company Purple Empower, Inc., we constantly talk about looking for inspirational stories about women who make their way into a male-dominated industry.  We’ve seen that many times by incredibly driven and brave women who have broken the glass ceiling in the corporate world, politics and sports. We’ve seen amazing boxers and Mixed Martial Arts (MMA) fighters making it into UFC and show us every time what it really means to “punch like a girl”. Not that I would like to find out!

Tara is a Montreal entrepreneur who owns a company called Bestia Gear. Their focus is fight gear for boxing and MMA. She started the company after she came back from a month of training in Thailand with only $90 in her checking account. She says “Thailand changed me, it showed me how attached we are here and I realized I didn’t want just to live to die so I started this business to not be held back”. And she hasn’t certainly been held back.

With her business she sells gloves, wraps, pads, t-shirt and a huge line of boxing and MMA equipment online and through a network of partnerships with gym coaches in Montreal and now she’s expanding to the rest of Canada and the USA.  In 2015 she won the Great Young Entrepreneur Award by Fondation Montreal.

She started training MMA a few years ago after her father, who she calls her biggest role model, gave her a Groupon card to get back into shape. She says “My dad came from Lebanon years ago with nothing and has built a big business all by himself, he’s my biggest inspiration.”

She started training at Tristar, one of the most influential MMA gyms in North America and there she found her calling. She quickly made friends and fell in love with the lifestyle. To this day she continues to train at least twice a week. But her path to business hasn’t been easy.

In a male dominated industry she explains her biggest challenge was to be taken seriously. She had to break barrier after barrier so that coaches and gym owners could trust her and her brand.  Her main competitor is a big multi-million dollar company which sells gear almost 3-times as much as her gear. She says “but who can afford that equipment? Kids who are starting to train can’t afford $200 gloves, so I sell them for $80”.

She explained to me that one of her biggest challenges has been financing but she has refused to take on partners. Instead, Tara finances her company by working two additional jobs, one at a security company and another at Spa owned by her father.

With Bestia Gear, she sponsors fighters in Thailand and Canada and now she feels a responsibility to them and everybody who believed in her project: “I owe it to them to make this work” she says.

But this can take a big toll on everybody’s sanity for sure! How does Tara keep healthy? She explains being healthy starts by being emotionally centered, she said “If you’re not at peace, nothing works”.  What does she do when she’s feeling her emotions are not in the right place: “I go to Tristar and I beat up some people”.

What would she tell the world? “Go for your dreams, don’t wait for things to be perfect because life will pass you by, don’t close yourself to opportunities and be ready to change”.

What would she tell to 10-year old Tara if she had the chance? “Be less naive. People can take advantage of your dreams and promise you what you want only to find out it wasn’t what you expected. If it’s too good to be true, it might be too good to be true”

What does the future hold for Tara? She’s currently expanding her business and wants to grow it into a distribution network and create a gym with dorms so she can support kids from all over the world to come train in a safe and nurturing environment.

Family in the horizon? “I want to have an entire soccer team! But I’m not too crazy about the whole pregnancy thing.” she said with the big honest and contagious laugh she has.

Tara is a huge inspiration in business and we’re happy to welcome her as part of our Transformational Content Team. Also we’re looking forward to business collaborations with her!

One final thought? “Remember you can’t control other people’s intentions, but stay positive and try to see the light”.
Tara Asfour, an entrepreneur and inspiration.