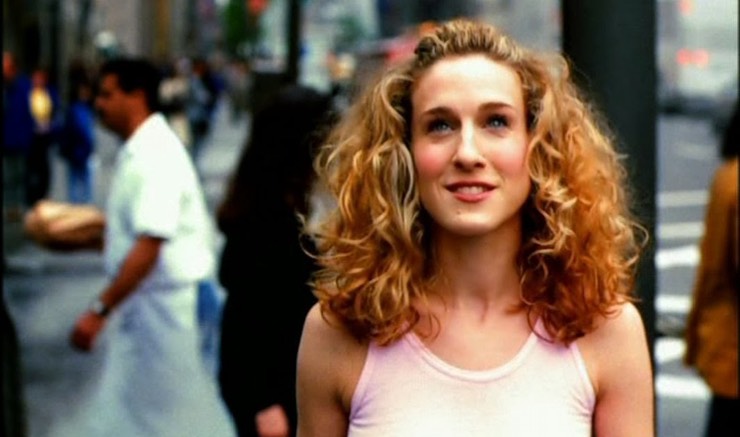 Pursuing A Career In Media: 3 Things To Consider

So you’ve watched every episode of Sex and the City and have newfound aspirations to be Vogue’s next Carrie Bradshaw, pursuing a career that fulfills your creative prowess in the exciting world of entertainment media… Congrats! The post-collegiate existential crisis is a doozie, and with a little inspiration from HBO you’ve locked your focus and future path. As an accomplished media professional who’s started her career from the ground up with this same visionary mindset, I feel compelled to pass on wisdom to help a generation of hopefuls spread their creative wings. Unfortunately, this entails being a serious buzzkill!

Movies and TV shows often portray media-employed protagonists as glamazons who have endless budget and a full calendar of soirees. The good news is, once you’ve established yourself, there IS some truth to these depictions. The reality? Media is one of the most competitive, cut-throat industries with a barrier to entry that’s as high as the infamous proposed southern border. Those who “make it” to a high level of success have spent years paying their dues, becoming experts in multiple disciplines, and make sacrifices that often come in the form of salary and social life. Bottom line, this career path is not for the weak spirited! But fear not, I’m here to keep it real and pass down a few truth-bombs that can help you determine if the challenge is worth the hustle.

Regardless of whether you’re walking in the door at a network television station or the most prominent celeb-clad magazine, it’s universal knowledge that media industry starting positions pay less than ideal salaries. In fact, it’s a rarity that you’ll even see full time staff positions listed for recent-grads, as these are usually only reserved for mid-level employees and up. Why are these oldschools execs not investing in the youth, you ask? Well, to be transparent, corporations evade certain tax codes by listing less staff employees and omitting freelancers. Secondly, the supply and demand is too high for them to care. If you snub your nose at a freelance position, Sally from Wisconsin who’s one missed rent check away from eviction will happily snag your cubicle. The stark reality that your parents never told you, is that the ***you can do anything you want to do*** dream also applies to the millions of other hopefuls, and there’s only a fixed number of positions for that dream. Because there is a level of glamour associated working companies that debut Beyonce’s documentary, staffing is incredibly competitive, meaning, until you build yourself professionally you are highly replaceable. In fact, you should be congratulating yourself just for getting an offer without having worked in an internship there prior or having your dad sit on the board of directors!

What your first media job WILL provide is your first footstep to that Bradshaw journey and allow you to begin your real resume (after your second job, no one thinks twice about where you graduated from). Take it with a grain of salt and remain eager, yet humble. Though you may be stuck performing menial tasks your superiors don’t have time for, you’ll also become privy to real world work applications they don’t teach in school, like office culture, corporate communication (the art of the email), and learning from those with years of qualifications. Bide your time, think bigger picture, and approach the next two years as your opportunity to build a foundation by learning everyday.

2) You Will Be Balling on a Budget

Your first media job, and even your next job, won’t pay half the salary as your friends who chose more conventionally safe careers in finance (though say goodbye to seeing them at social outings- they’re chained to Wall Street for the next indefinite years). If you’re living in a metropolitan city, you’ll be offered around $40k to start if you’re lucky, which means you will have to be frugal AF, or take up a second job on the weekend to sustain day-to-day purchases. The good news is, media companies are aware of their top-heavy salary distribution and the impact it has on turnover with lower level employee morale, so they find other ways to keep wide-eyed bushytailed newbs speaking their name with praise in public.

“Perks” I’ve taken advantage of while launching my career range from free “swag” companywide gifts, more than frequent happy hours, partner sales discounts, corporate training classes, and a constant supply of health-conscious snacks that basically comprised my diet for my two years (Kampuchea on tap during summer- need I say more). Once in a while you’ll even get super lucky, and a boss experiencing a moment of nostalgia and empathy will pass on their free tickets to Jay Z’s same-day concert that they’re too exhausted to attend. Don’t overlook these gestures – Everyone has been there and no one will judge you for stocking your backpack with bananas before heading to the metro!

3)   Your Network is Your Most Valuable Asset

So you’re now in the door working for a sexy brand that both impresses and invokes envy from your friends in suburbia. Now you’re feeling comfortable and thinking toward the future, plotting your next move up the slippery corporate ladder. But just how will you snag the promotion? While doing great work and being recognized for your talent and intelligence is foundationally crucial to success, an equally, if not more important career growth driver will be your NETWORK.

In this way, a career in media isn’t always for the shy. Personable and socially intelligent employees (especially those in sales) are masters in the art of leveraging their connections to get ahead. There are exceptions, for example, if you’re a master at a certain trade craft like video editing that requires little interface with others. In that case, go ahead, and skip the new hire happy hour because it gives you unprecedented amounts of anxiety. If you don’t fall into this camp and chose a path that requires collaboration, it is of the utmost importance that you prioritize getting to know smart, savvy professionals both within your company and outside your company in related industry positions.

Think about it- if a director is choosing between promoting two lower level employees with the same talent- they’ll 1) consult peers in the office for their opinion, and 2) perceive you as more valuable if you can bring in new business or have close pre-existing relationships with officemates, facilitating collaboration and productiveness. On the opposite spectrum, if you decide the company or career path isn’t for you, you’ll have a team of individuals vying for your general success who can connect you with your next move.

What I’ve also learned most is that the media industry is small, even in New York City. Coworkers from my first job are now popping up on emails from my current, and paths are constantly colliding at trade events. The reputation you exude both professionally and socially at the office will cultivate into an external persona as you become more established in the entertainment ecosystem.

Without media there would be no Netflix binging, no source of news to provide near-comical headlines from Trump’s latest Twitter Tirade, no immediate alert that Beyonce’s golden bump is carrying not one, but two additional goddess heirs. At times you’ll feel your job is trivial, but there will also be moments of great pride where you truly feel as though you’re influencing and cultivating the minds of millions. Remember this existential payoff during those late nights editing in your early years. With some hard work, schmoozing, and mentorship, you will undoubtedly set yourself up for a lifetime of success among arguably the most influential, mass-reaching industry our world has to offer. Until then, stay on the grind!

Thoughts? Ideas? Comments? Questions, drop me a line below!

Photo credit: Sex And The City