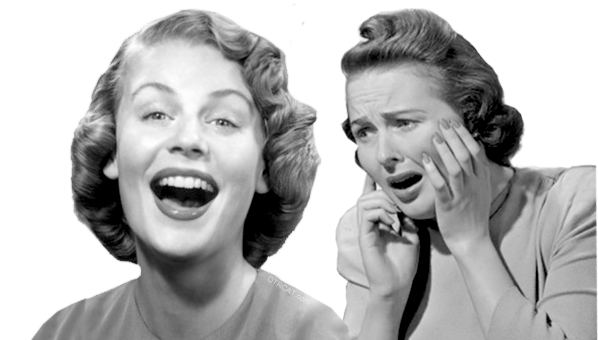 Laughing Off That Moping Mood

For many people around me, the year 2016 was tough. In my case, it was full of very high “Highs”, and very low “Lows”, thus it was an emotional roller-coaster for me. Two weeks before the end of it, I realized that I felt emotionally exhausted. I mean EXHAUSTED. For the first time in my life, I couldn’t wait for the year to end!!

So I ended up moping for 2 weeks, literally. My family and friends did everything to remind me that 2016 wasn’t a total waste of my time, bringing back to my memory all the good things that happened and the lessons learned from the bad things. Although intellectually in agreement with them, I remained in my moping mood. Yes, yes, despite some laughter exercises that I kept doing… And spas, and massages and sports and all those things that can bring you back up.

Honestly, the real reason I stayed in that moping mood is… because I WANTED TO! You know what I am talking about, we’ve all been there. There is a sense of comfort in sadness and negative emotions. It’s predictable to feel sad: I know how to deal with it. It’s much less predictable to feel joyful and happy, I personally am still learning how to be more positive (and here I am admitting that I gave up for 2 weeks!!) Well, I had a plan: I gave myself until 2017 to mop and decided to get out of that mood by making a conscious effort (this would be a subject of another article).

But that got me wondering. I spent most of 2016 creating more positive routines for myself, put a lot of effort into it actually, and yet it felt almost “good” to go back into the sadness state. Why is that?

The answer came from Laughter Guru’s book “The inner spirit of Laughter”. In the chapter about 2 lessons learned in one day, Dr Kataria states that negativity affects us more than positivity. Aside from potential cultural conditioning, the real reason is probably in how humans are physiologically wired. Our moods and organ functions are regulated by the autonomic nervous system, which has a sympathetic division (responsible for “fight or flight” response usually activated by the need to survive) and parasympathetic division (responsible for relaxation and other bodily functions such as digestion, sleep, etc.) In the moments of stress, the sympathetic division is activated, once the stress has passed the parasympathetic division takes over.

However, it seems that there is 75% of nerves for the sympathetic division, and only 25% for parasympathetic division. Yes, it means that we have 3 times more nerves that are activated in response to stress and perceived negative situations! For every nerve to “relax”, we have 3 nerves to “stress”!

This was eye-opening for me. It is physiologically harder for us to be happy than to be stressed and unhappy! So one year of efforts was overtaken by 2 weeks of moping in no time!

Dr Kataria continues to explain that a large portion of our parasympathetic nerves are located (or passing through) our diaphragm. You know, that muscle activated when we do deep breathing or laughing for example. Deep breaths are undeniable part of any meditation practice; we all know that it does calm us down. Isn’t it great to finally have a scientific explanation for this? Personally, I love it!

So what does laughter have to do with it? Simple: laughter really activates deep breaths through intense movements of the diaphragm. Of course, you can learn how to medicate to achieve the same result, but laughter will bring you there faster. Yes, 2 minutes of laughter a day is less than 10-30 minutes of meditation a day (and you don’t have to learn how to laugh… you know how to laugh since you were a baby!)

So, are you game to laugh it all off?  I wish you all an amazing and fulfilling 2017!

Don’t forget to drop me a line!