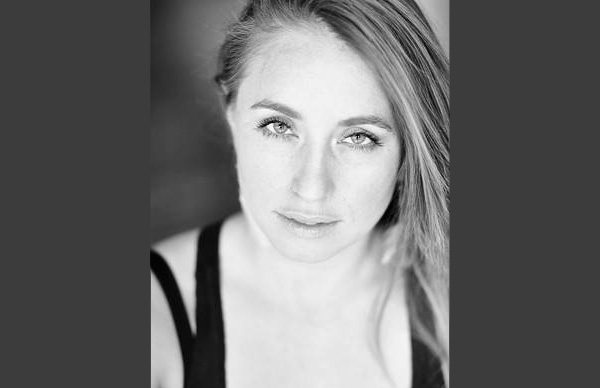 If you’ve spent enough time in Montreal’s NDG you’re probably familiar with one of the best Irish pubs in the city, quintessential Honey Martin’s, a true hub of artists, neighbours and breeding  grounds of talented musicians who build their chops in a fertile atmosphere while having fun with patrons. It is here where Hallie Gyles has spent almost a decade behind the bar making good friends with clients as she remembers what you drink without hesitation, always accompanied with a huge smile and a warm welcome. A self-described shy person, she says she used to blush when she talked to her bank teller (hard to believe given her powerful charisma), Hallie is also one of the talented singers who frequently performs at the pub’s stage.  It is also here where she has developed her style by working with the regular performers who oftentimes call each other last minute to gig or jump in to support.

Originally from Winnipeg, Hallie grew up with her mom travelling through Asia and the USA, creating in her an introspection that becomes evident the moment she starts singing, as a world of feelings and emotions opens up before our eyes. The moment she starts to sing she transforms into a powerful yet vulnerable source of a torrent of breathy whispers which grow into a captivating full-coloured canvas of vocal textures.

It is this unique style she calls “intuitive and passionate” that has made her a favourite of patrons and musicians alike. When she performs she says she has “electricity down the back of her neck” and that is evident and contagious when watching her do her magic. Over the years she has collaborated with very talented acts like Maybe Grey’s and Provincial Lines. In 2015 she participated in recording a song called Centrifugal Force along with band The Fall Line which went on to earn third place in the Canada-wide CBC Searchlight competition.

She says her biggest inspiration is her little sister but her mom remains a pillar in her life. What would you tell 10 year old Hallie? “People aren’t that scary” she said.

Hallie is now venturing into songwriting and is preparing an EP to be released this fall. She explains her songs are about love and relationships. What is love: “understanding, acceptance and care. In a broad sense, it is making someone family”, she said. One of the most powerful songs to be included in the album is called appropriately “Eleven Years” which describes with such clarity and gratefulness all the affection and disappointment after the end of her 11-year marriage, without hard feelings but with all the necessary perspective.

Hallie performs on Wednesdays at Honey Martin’s and her new EP will be available this autumn.


This article was originally published at: