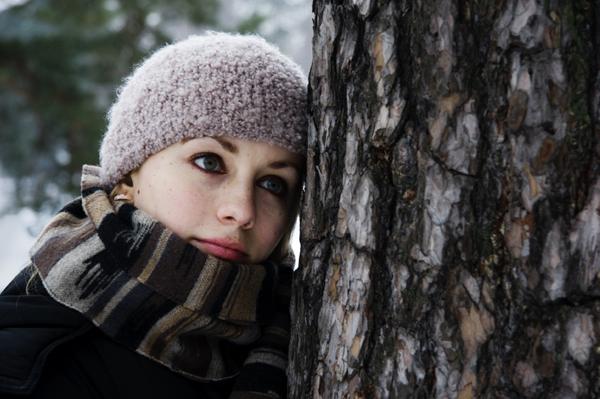 How To Beat Mercury In Retrograde And Winter Blues With Bravery

Anyone with a mild interest in astrology is familiar with the dreaded seven-syllable social death sentence, Mercury in Retrograde, which we are currently experiencing from December 19th until January 8th. What is this hullaballoo, you skeptics ask? For those unfamiliar with this thrice-a-year celestial speedbump, it’s the period of time when Mercury, the planet that rules communication, appears to reverse its cycle and move in a backwards motion. Of course the planet isn’t really moving in reverse (NASA enthusiasts you can stop cringing), but because of the planets positioning Mercury is perceived by Earth as orbiting in reverse.

Let me break it down a step further. Imagine you’re traveling in a car and some   not-nice-guy speeds past you in his hummer before realizing his gas-guzzling machine is on empty, so he slows down and you whiz past him. Without context it would appear to you, as you pass them, that they are moving backward. Since Mercury usually whizzes past Earth on a shorter orbit to the sun, these periods of retrograde have a similar impact to Earthly stargazers.

So since I know you got an A in physics in high school and haven’t exited out of this article with a headache, here’s where the alleged anxiety happens. Astrologers believe Mercury rules the planet of communication for all signs. This includes listening, speaking, reading, negotiating, selling, buying, and digital technology. When Mercury is in retrograde, it’s astrologically in a sleeping state, and all areas of communication are scrambled without their guiding light.  Sounds dramatic right? Regardless of your starlight skepticism, there’s an uncanny volume of mishaps that occur during these retrograde periods that’ll send the most self-assured Bradshaw protégé spinning into frustration. Case and point, Brangelina broke up during our last retrograde period… If this isn’t hard evidence I don’t know what is! (Editor’s note: I’m also looking at my own breakups to see how many happened this time of the year as well)

Thankfully, we at FitInYourDress.com have mastered the art of turning lemons into limonchata, and provided four tips to stay sane when the stars test your stamina. Here’s how not to let retrograde ruin your holidays…

Transportation lives and dies by Mercury since communication fuels every departure and arrival, every navigation of destination. Normally it’s advised not to travel during retrograde, but no one in their right mind would cancel Christmas plans due to one planet’s moodswing. If you’re amongst the masses in fleeing the city for yuletide suburbia, expect a few speedbumps along the way. Delays, heavy traffic, and cancellations are all more likely to happen, so buckle up and make one happy-tuned playlist for the long ride ahead! Make sure to arrive at your terminal EXTRA early (especially Newark), double check your tickets, and have your luggage well marked on the off-chance it gets sent to the wrong airport. Nothing says Scrooge-alert like having your holiday party sequin jumpsuit lost in transit.

Has your love interest suddenly fallen off the map and off your inbox without explanation? Chalk it up to good ‘ol MIR (yes we’re onto abbrevs now). Lines of communications are muddled on all fronts, and intimate relationships are no exception. Mercury in retrograde can cause an array of misunderstandings. Everyone feels the weight of retrograde and it expresses itself in the form of isolation, moodiness, and reclusiveness in its most extreme states. More sensitive signs like Cancer, Virgo, and Pisces are especially prone to wallowing in their solitude during this period. It’s best to give loved ones their space and not take lack of constant communication to heart.

But retrograde doesn’t have to be negative! It’s also key time where memories of the past come to light. For couples, take a proactively positive approach and revisit some of your early date night spots and reminisce about the honeymoon phase.

… For singles, there’s a likely probability you’ll hear from an ex. Since retrograde clouds our minds with memories of the past, this often sparks up feelings of longing for old flames… Combine that with holiday blues, homecomings, and ‘Love Actually’ playing on ABC family, and that “Merry Christmas, I miss you” text seems almost inevitable.

If you left the relationship with unfinished business, there’s never a better time to have THAT conversation and get the closure you’re missing. Just be weary to rekindle any flames into a scorching fire, as you won’t want to be stuck living in the past when January 9th brings forward momentum once again.

In the midst of New York City bustle, it can be difficult to schedule ‘me time’ and take inventory of your wellbeing. One benefit of retrograde is that it forces the brain to focus on life’s essential “r’s…” Rest, Redo, Reassess, Repair, Reflect, Revisit. Notice a pattern here? If you’re normally a social butterfly you’ll want to embrace this opportunity to slow down and focus on this year’s happenings:

What did you accomplish?
What did you learn?
What mistakes were made that you’ll leave in 2016?

So often we’re flying a mile a minute and wake up years later wondering where the time went. If there are any toxic patterns that need to be addressed, retrograde reflections will bring them to light.

Just in time for 2017, you can take this retrograde knowledge and wear it as a suit of Beyonce-inspired platinum armor as you cascade enlightened and empowered by knowledge into the New Year. One therapeutic practice is to have a mini bonfire, write down anything holding you back, then toss it in the flames while visualizing a world without. For non-Pyros, writing in a meditation journal can also do the trick!  (Editor’s note: If you go the pyro option, send us photos, we want to see them)

Whether you’re a die-hard-horoscoper or just a wee bit superstitious, it does no harm to heed astrological warnings this winter. Keep calm and stay sane ’til the ninth, dreamers! In the meantime, do drop me a line and let me know your tricks for this season.