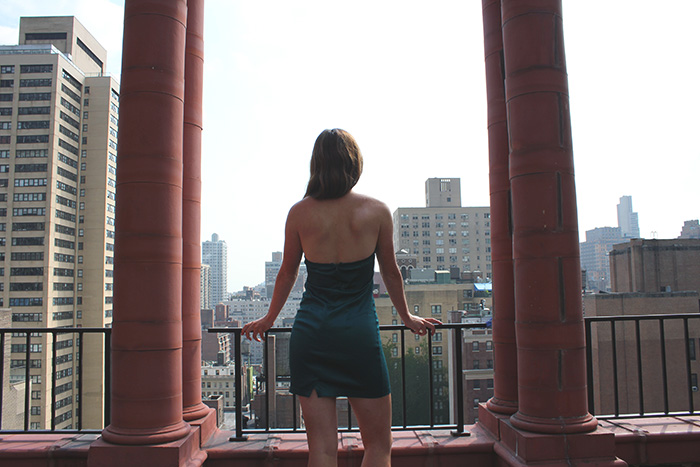 Adulting In NYC: Tips From An Upper 20s Girl In The Big City

So I recently graduated to my dreaded ‘upper twenties’ and it seems like a swift wave of lifestyle changes have happened overnight; most being an accumulation through the years that my now elderly 20-27 vision has illuminated, but my newfound maturity has also facilitated epiphanies that come with the territory. Ironically, 27 was the year my high school self envisioned Future Fiona walking down the aisle. I’m not sure why, but 2017 and 27 had a nice ring to it, literally. Clearly, that never saw itself to fruition, and I’m ok with that.  I’ve realized the path I chose to follow in New York has a starkly different course than the road my rural and suburban counterparts are voyaging on, and it’s taken me until now to stop comparing the two.

A recent Business Insider article revealed that more millennial choosing to move to big cities after college rather than stick in the suburbs. Perhaps that’s the result of growing up binging on Sex and the City marathons throughout high school. It’s crazy how life in metropolis cities has a way of whirring by, especially when you go home to the suburbs and have comparisons. Below is what I’ve come to expect when you’re adulting (yes I’m using the A word) throughout your twenties in New York City- cheers to knowing you’re not alone or crazy!

You will still be ‘partying’ in your early twenties, taking advantage of New York’s ‘always-on’ social scene. You may receive some scoff for this from non-city dwellers who equate this behavior with college, but as long as you’re fiesta-ing in moderation, this can actually work to your benefit for networking purposes.

If you’re career driven, you’ll climb the ladder at a much more rapid rate. You’ll feel impressive touting iconic company names at your high school reunions, but beware this can often evoke envy from others.

You will learn to manage your money and budget spending within hours of walking off the subway. The alternative is waking up after a month of carefree swiping in one of the world’s most expensive cities, realizing you’re about to be evicted and running home to mom and dad with your tail between your legs.

You will wake up one day and half your suburban friends will be married or in long term relationships. And many of you will be consequently married to your job. It’s the nature of New York’s dream, cultivating the successful, while forcing sacrifices like early happy ever afters with white picket fences. Just remember it’s OK your love life is rockier- with the saturation of dating in metropolitan areas it just takes more time to weed out, like shopping at H&M. Your time will come, so continue focusing on your grind until then.

If you’re social and extroverted, you’ll accumulate more friends than you can count the first few years of city dwelling. With that comes the temptation to fill your calendar with social events every night of the week.

As you get older, you’ll start to navigate these relationships and focus your energies on selecting individuals who have your best interest in mind. Your ‘club friends’ will start to wane as you outgrow that stage, leaving more time and energy for meaningful relationships that exist during daylight hours!

This core group of city friends will become more like family, especially if your blood relatives live far away. Cultivate and value strong relationships – you’ll need this group for support, and vice versa, when the big apple turns rotten.

Even when you have your sh** together, you’ll question your belonging and whether or not you’ll be happy elsewhere. Even those who are die-hard Manhattanites have their moments when sunshine and a slower pace seems more attractive. Don’t trust the lows unless they’re consistent. It’s common to get in a ‘rut,’ especially during winter, but this city always has a way of enchanting its inhabitants again.

You’ll stop chasing the latest ‘hot spots’ and opt for your local neighborhood bar or cafe, creating a familiar environment similar to a suburban neighborhood. These go-to’s will  make NYC feel like you’re living in a home instead of a tourist strip.

One day you’ll hear the words ‘Time Square’ and roll your eyes, offering ANY route but that to your eager visitors. When this happens, CHECK YOURSELF! You have become jaded, and need to harness the memories of awe and wonder you experienced those first few months strutting around your new, shiny home.

My twenties have been a beautiful blur of experiences, exploration, and education. Even though I may have acquired some furrow brow lines from scrutinizing computer spreadsheets, I wouldn’t trade the learnings I’ve taken away over the last five years here for the world. Though it seems like yesterday I was receiving a harsh welcoming from Hurricane Sandy two days after I moved, I think of how much I’ve grown as a person and couldn’t imagine living anywhere else.

How has your experience been in the Big City? Let me know below!