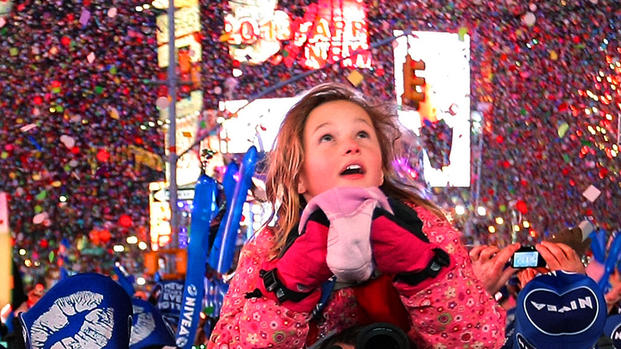 From the recent never-ending slew of recap articles and memes, it seems the digital world is pretty much unanimous in granting 2016 with the superlative “worst year to date.” At first I thought that might lean a little harsh, but when taking the grandiose of world issues that have plagued the past twelve months into account, I can definitely see validation in this nominee. I mean, even Yeezy couldn’t even finish it out without a mental breakdown… Because we all know he’s a pillar of strength and stability!

Satire aside, our society has endured a myriad of bullshittery this year that needs to be tucked away in the 2016 vault and never emerge until some time traveling future Indiana Jones accidentally opens its 365-day can of worms. Bottom line in 2017, we can ALL do better, by prohibiting the following from making the cut into the new year:

1. Toxic Relationships of Any Kind

If you haven’t felt happy wearing a piece of clothing for a year, Oprah would advise you to de-clutter your closet and toss it. The same goes for the old, worn, relationships that keep leaving you with any negative emotion. Life is too short and we’re all too busy to allow toxicity to pollute your happiness. Take the time to re-evaluate your relationships and realize who makes you a better person, and who brings you down, then devote your precious time and energy on those who deserve.

Fool me once, shame on you. Fool me twice, shame on me. Fool me three times… Well, you know how J.Cole does, but it’s far less effort to wipe your hands and utilize your phone’s “block” function than to “load the chopper and make it rain on you.” In any event, cyclical negativity and recurring bullshit has no place in our 2017 oasis of self-love and positivity.

This one’s for you, mainstream media. Regardless of who the leader of the free world is, there are rules of humanity we ALL need to abide by. It’s 2017 and sexual assault against women needs to be vehemently condemned without “locker-room talk” disclaimers, pivoting, or victim shaming.

With great power comes great responsibility (cough talking to you, Cheeto-in-Chief). If your tweet can induce nuclear-war-panic, please refrain from the impulsive midnight 140 character count word vomit. We’re all just trying to live our best lives above the panic room, thank you.

In New York City, you can find friends and outings every day of the week, any time of the day. It’s on YOU to manage your personal life, social engagements, health, and work schedule to create your most balanced life. FOMO (Fear Of Missing Out) is a serious culprit of hindering life-balancing process. If your friendships are valid, they’ll still be there tomorrow and the next day and will understand your need to prioritize, so focus on what’s best for you; even if that’s a night in with green tea and your latest Netflix binge.

A recent study shows millennials spend over three hours a day on their phones. That’s 21.7 hours a week and 47 days a year. Think of ALL the activities you could be doing to better your life than spiraling down that meme-hole! If you MUST, then try to pivot your behavior from looking at DaddyIssue’s Instagram from 47 weeks ago to scouring Apple News or downloading a few free podcasts (might I suggest Crimetown, my latest guilty pleasure).

If you’re a hard-working employee and finish your work in a timely manner, there should be NO anxiety felt when strutting out the doors come 6pm. Too many workplace cultures subtly shame coworkers for leaving “early” while “praising” those who work until the cleaning-staff (whose shifts start later for obvious reasons, and if you’re with the cleaning staff the same principle applies) come through with late night vacuums. Personally I think this is ridiculous if anything, it means that said overworked employee is not delegating their responsibilities correctly, or needs to raise the red flag to their manager for help if this is ongoing. Work/life balance is a proven key to productivity, so go forth and fear no side-eyes while you’re clocking out!

The FBI and CIA have confirmed through bipartisan thorough investigation that Russia interfered in the 2016 election by cyber hacking the DNC. Scientists around the world have proven global warming is real. Do I need to continue?

Unfortunately, Standing Rock will undoubtedly continue be a headline throughout the 2017 once Trump takes office, but for the sake of our earth it needs to be put to rest. The documented amount of waste and environmental damage this pipeline will cause native land is a travesty that no amount of 1% oil money can justify. Not to mention the showcase of police brutality, most un-covered by mainstream media, that was hurdled at peaceful protesters… This one goes down as one of 2016’s most unflattering moments.

10. Being Ignorant to Worldwide Humanitarian Needs

The Aleppo death toll for 2016 is now over 46,000, with 13,000 being civilians, mothers, and children. Regardless of your political beliefs, watching that rubble-covered orphan child viral video should spark both outrage and desire to help a fellow innocent human undergoing some of the worst acts of violence seen in modern times. Turning a blind eye is not bipartisan, it’s plain inhuman.

The world is constantly evolving and America, while still great, is no longer the sole pinnacle superpower that once emerged from WWII. It’s plausible that in the near future, Mandarin will be mandatory in elementary schools, so ease up with the entitlement and embrace the beauty of cultural diversity sans Westernism.  (Editor’s note: Watch the latest documentary series The Untold Story Of The United States by Oliver Stone on Netflix, eye opening)

Lads, it’s not about birth control. It’s about safety and responsibility.  2016 saw the biggest surge in chlamydia cases to date. So why is this even a relevant question in 2017? Give your hand a break and embrace the latex of your choice- technology has made them virtually akin to second skin. There is no excuse!

In a year where Brangelina broke our hearts and barriers to true love seem almost impossible, it’s an easy scapegoat to slam monogamy and settle for bitter solitude. But humans are made for companionship, and love can also come in so many forms- love of self, love of friends, a significant other. Don’t let your ex’s two-sizes-too-small Grinch heart dampen your magical mojo in 2017.

No shade to the Kardashian-Jenners, as Kim has managed to build a multi-million dollar empire that spans multiple business sectors. I’m talking about the “Instagram models” and aspirational Valencia-filtered accounts that create an unrealistic expectation for how life should be. I’m not saying they should be outlawed, but our daughters should be exposed to and reading about more of the Malala’s of the world instead of the Bella Hadids.

There’s no one right of passage that allows you to claim adulthood. City-dwellers are getting engaged, married, and having children (or choosing not to) at later ages due to environment, opportunity, and emphasis on other life-enriching passions like careers and traveling. There’s no such thing as an “adultier adult”, unless you’re Will Ferrell “Step-Brothers” status unable to cook yourself a chicken dinner for one.

My OCD flares every time I see that one out-of-synch grandma screwing up the mannequin challenge. But more importantly, someone’s child is actually going to wind up six feet under from the backpack challenge, so let’s go back to playing Pokemon Go, shall we?

There’s comfort in knowing we all endured the past twelve month’s sh**storm of madness together and are coming out stronger and more the wise on the other side. Cheers to ringing in a brighter, more positive new year with MORE possibilities! Have an addition to add to the list? Comment below! Happy New Year!